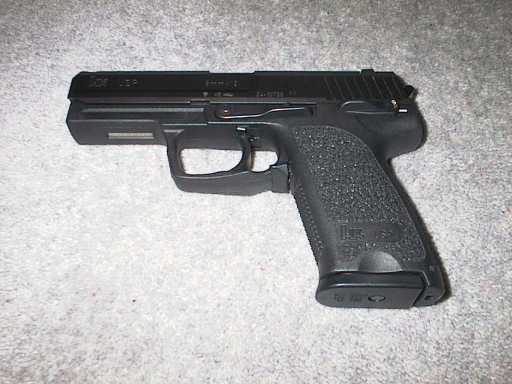 Having already done a review of one polymer-framed pistol, I thought I would continue with the Heckler & Koch USP9.  This gun is substantially more common than the Glock 18, and many collectors may be thinking of adding one to their collection.

H&K is a world-famous brand name associated with firearms, especially after the Iranian Embassy Siege in 1980, when soldiers from 22 SAS stormed the embassy carrying H&K MP5 submachineguns.  H&K is also a player in the handgun market, however they have never done particularly well at it, sales being microscopic when compared to companies like Smith & Wesson, Glock or SIG-Sauer.

There are several reasons for this.  The first is that H&K is the epitome of Teutonic engineering, using what can be considered excessively complex designs that lead to high purchase prices, especially in the US when the Mark is strong against the dollar (which isn’t the case at the moment).  The second is that the designs themselves seldom appeal to the mass market.  The only real success H&K has had previously is with the P7 pistol, however, the P7 was put out of reach of most shooters, especially in the US, due to the exchange rate.

Watching Glock take over the market for semi-automatic pistols in the late 1980s was obviously annoying for H&K, because they pioneered the use of polymers in the frames of pistols, with the VP70 and P9 pistols.  The P9 achieved marginal success but was never a big seller.  The VP70 was a total flop.

Wanting to stake a better claim in the handgun market, in the early 1990s H&K designed the USP, an acronym for “Universal Semi-automatic Pistol”.  The design team obviously had two objectives in mind – one was to make the gun inexpensive enough that people could afford it, the other was to take into account the preferences of US shooters and design them into the gun.  Thus the USP was born, coming onto the market in 1993, first a .40S&W calibre model called the USP40 and shortly thereafter in 9mm as the USP9.

The USP has certainly done reasonably well for H&K, although H&K’s attempt to promote it at the Masters competition in the US fell a bit flat when some of the world’s best shooters criticised the design.  They felt the operating lever was too stiff, so H&K redesigned that to make it easier to operate. 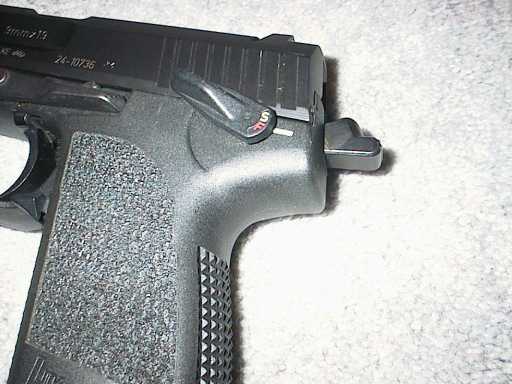 Another criticism was the magazine release. 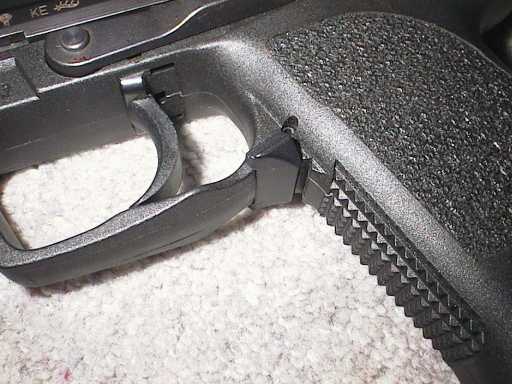 Unlike traditional push buttons, this magazine release has to be moved downward to release the magazine.  The problem is that the middle finger of the shooting hand gets in the way, which means the shooter must move his hand in order to operate the release.  This is not a huge problem for casual shooters or police officers, but target shooters don’t like it as it massively slows down magazine changes.

Another complaint about the USP is the size of the grip which is too bulky for the average size hand.  H&K responded to this complaint with the USP Compact, which has a thinner metal magazine, allowing for the grip to have a smaller circumference.

Despite these criticisms, H&K succeeded in making an inexpensive gun, with a traditional “cocked and locked” safety that Americans like, and it has been a good seller for H&K.  The simplicity of manufacture can be seen in the slide, which has been made with very few machining operations.

There are a blizzard of variations of the design, this one is the standard model with the ability to be cocked and locked for a single-action first shot, or the hammer can be decocked by moving the lever downward, and the first shot can be fired double-action.  H&K makes versions that are double-action-only, cocked-and-locked-only, decocker-only, or with levers on the opposite side of the gun for left-handers and so on.

This particular gun is quite an early one, made in 1994.  Early USPs have conventional rifling in the barrel, but later guns have polygonal rifling that is similar to the Glock.

One feature that is worth mentioning is the barrel lockup. 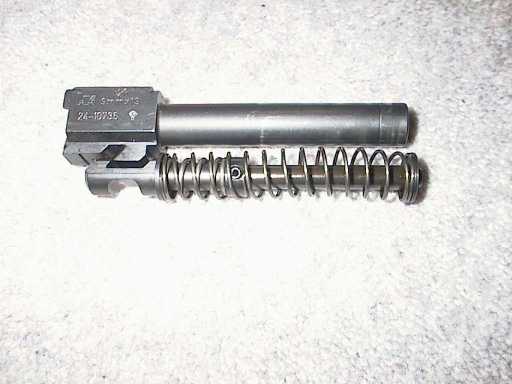 The USP uses a method of barrel lockup pioneered by Peters-Stahl in their target pistols.  The barrel lug engages the lug in the recoil spring guide in order to retard recoil.  I know it sounds iffy but it does work.  I owned one of the first USP40s, and it had noticeably less recoil than a Glock 22.  The problem I found with it is that it slows down the cycling of the pistol.  This is not a problem if the USP is the gun that you’re used to, but it used to cause me problems during rapid fire as the gun could not keep up with my trigger finger.  I probably could have mastered it given time but I got annoyed and sold it!  H&K claims the recoil dampening effect reduces wear on the gun.  I think this is the case, so it is highly unlikely your USP will ever break.  Given that 9mm Glocks usually last at least 100,000 rounds, the USP9 will probably keep going much longer than you will!

The USP is an accurate pistol in my experience, I never had any real complaints in that department.  The trigger pull is spongy, which seems to be the norm with polymer-framed guns, due to the plastic of the trigger having some give in it.  However in terms of accuracy the USP is probably the most accurate of the polymer-framed guns.  They are also exceptionally reliable, I cannot remember a single malfunction with the one I had, the gun for example uses a massive extractor, just one example of the effort put into making the gun problem free. 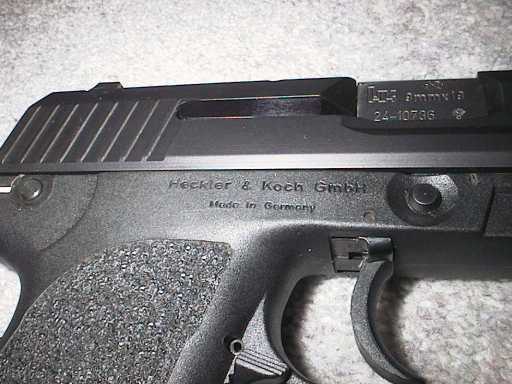 The gun also uses a plastic magazine.  Plastic magazines were en vogue with polymer-framed pistols to begin with, partly because they can cope better with being dropped on hard floors.  However manufacturers found that grips could be made smaller using metal magazines, and virtually all polymer-framed pistols since the Glock and the USP use metal magazines. 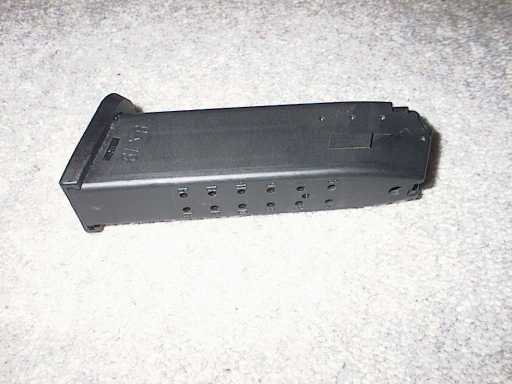 The magazine holds 15 rounds of 9mm ammunition, fairly typical for a 9mm pistol.  I’m not sure what the sales figures for the USP are now, but shortly after the release of the USP the US Government banned over 10-round magazines, which was detrimental to the USP.  H&K responded with the USP Compact, which is now used by some German police forces.  The USP9 is also the basis of the current sidearm of the Bundeswehr.  H&K has since released a huge variety of USP models, and you can see these on their website.

If you want a USP for your collection, they cost around £400-500 and you should be able to find one without too much trouble.